You never visit the same beach twice. It all depends on the tides; what the seas have been up to since you last visited; the weather; the sky; the receptivity of your eye. This has never been truer than of Saturday’s visit to Handkerchief Beach, which becomes Nangudga as you head north from the parking area beside Nangudga Lake, now cut off from the sea by a substantial sandbar.

The lake may not be open, but there are traces of the sea: tideline marks and sand-deltas.

Signs warn you away from nesting areas, but, oddly, don’t actually name the species nesting.

We’ve walked this beach before, but never this beach. We’re drawn to the rocks, of course: that’s where the interest lies for floundering amateur geologists. When all else fails, admire the aesthetics, maybe making a stab at the geological lexicon. Is that chert? And are those, perhaps, Liesegang rings? After all, Glasshouse Rocks are only just round the headland and we’ve seen such things there. 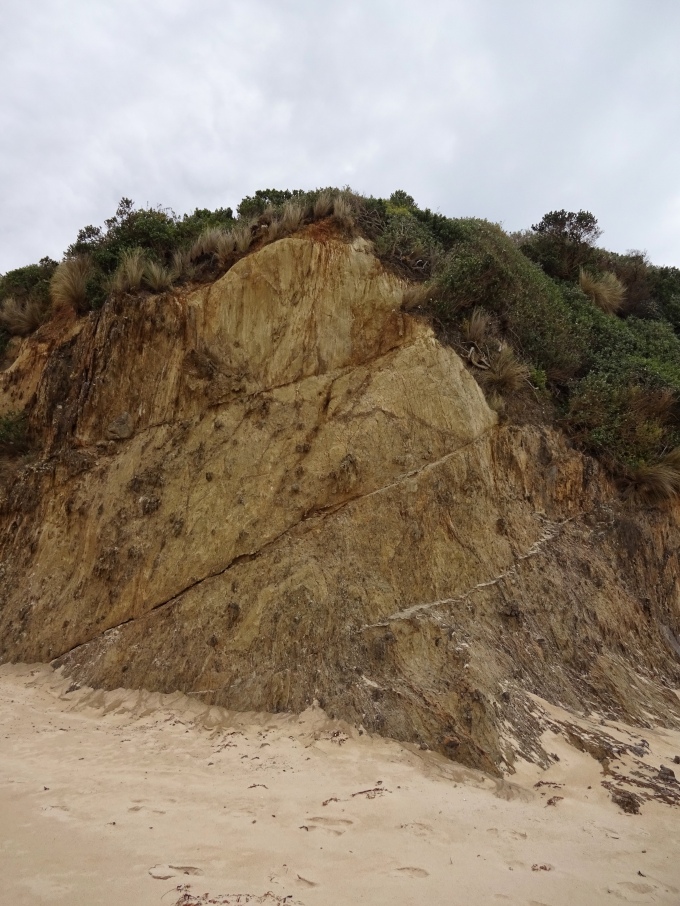 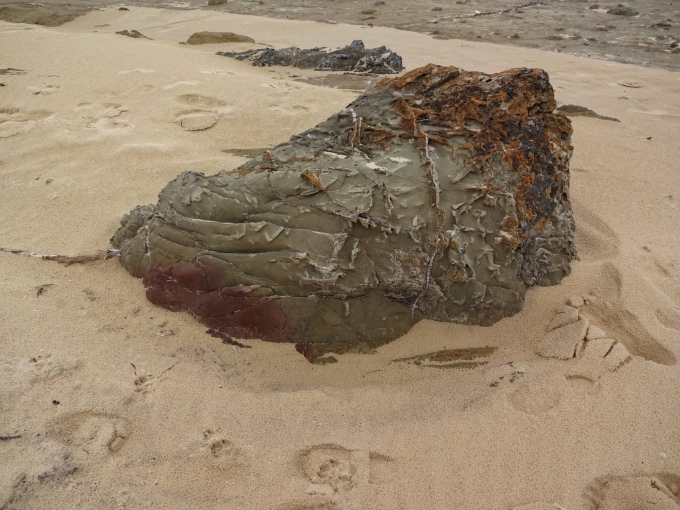 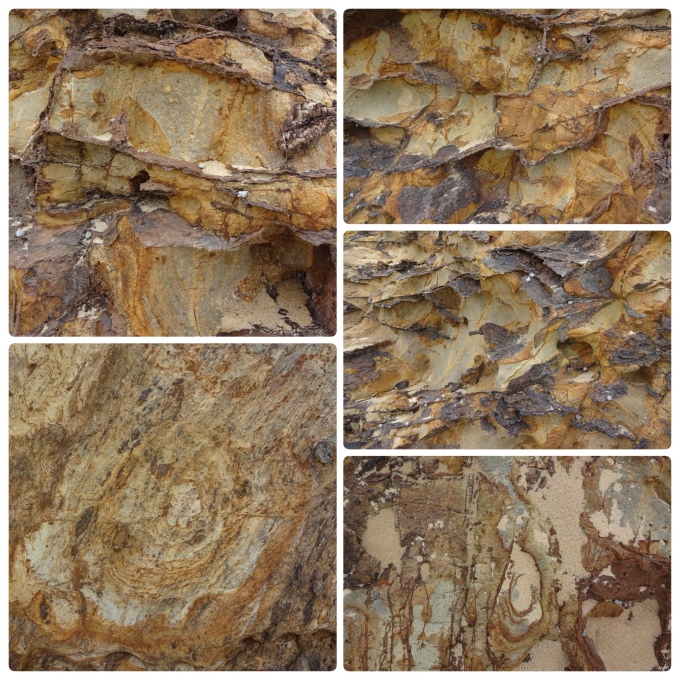 Slabs of rock backing onto the dunes offer a gallery of lichen.

The day is grey, and the rocks form dark silhouettes against a cloud-laden sky.

We walk into a maze of rocks, separated by sand alleyways leading us beyond the furthest point we reached blast time we visited. 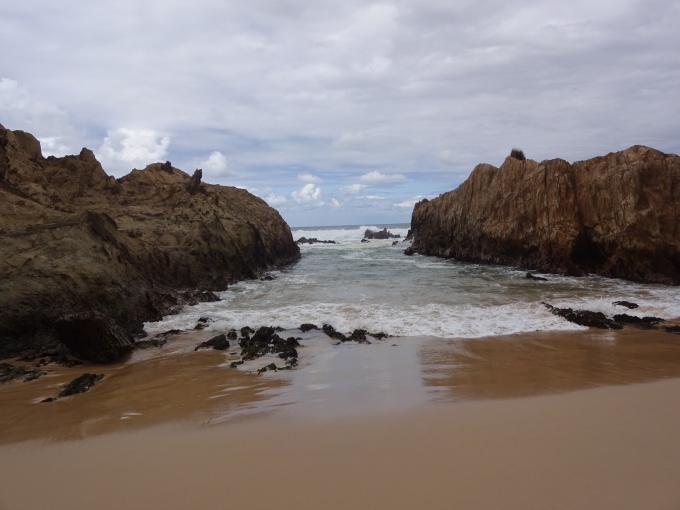 We clamber up a sand track, past a honeycombed peephole, and see the pinnacle of rock we reached heading south past Glasshouse Rocks. An ocean-gulley separates us from the sandy beach leading to it, not impossible to negotiate, but we leave it for a more sure-footed day.

Returning to the lake, we pass substantial traces of the Ancestors: a shell midden, with rags of shade cloth all that remains of a protective fence.

Then we’re back at the demarcation reef, where Nangudga becomes Handkerchief. 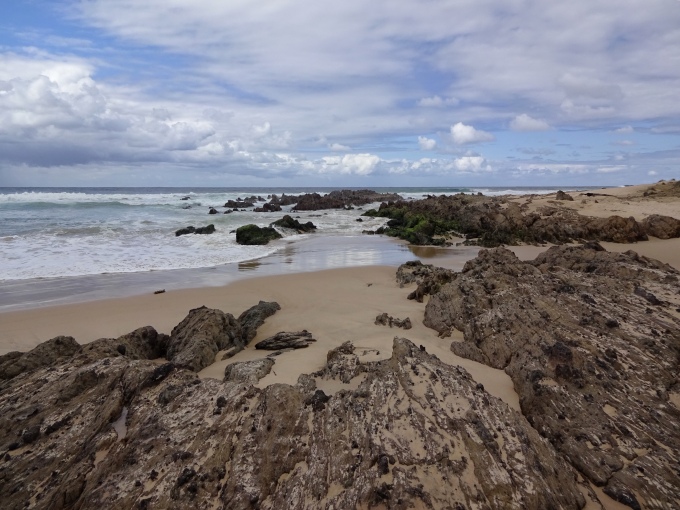