It glides its head up the deck-slat in the morning light. This will be its only movement from the horizontal for four days, maybe the moment it realises that all its muscular sinuosity is not enough to lift the remains of its last meal which has settled in a great undigested lump.

It rests its snake-chin and three curves briefly on the bottom rail, makes another half -hearted attempt to travel a familiar path towards the tree, white underside briefly revealed with its line of neat black slashes. 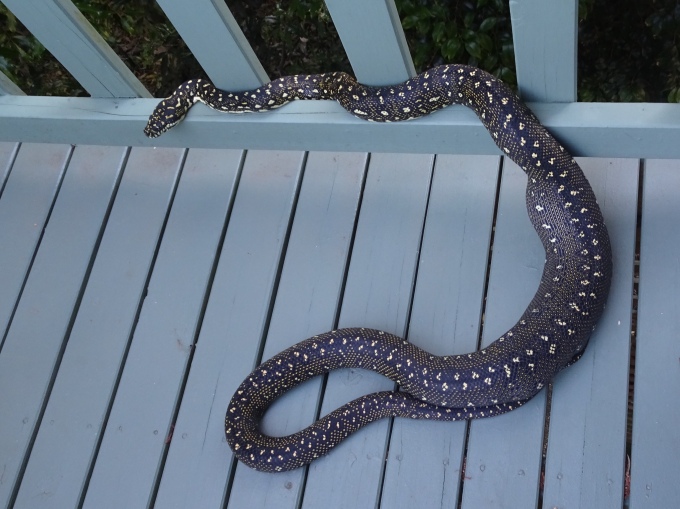 Over the next few days it moves slowly around the deck, sometimes its whole length stretched, sometimes curled up in a spiral, sometimes wreathed around a weedy flowerpot sometimes swathed in mint or shadow. 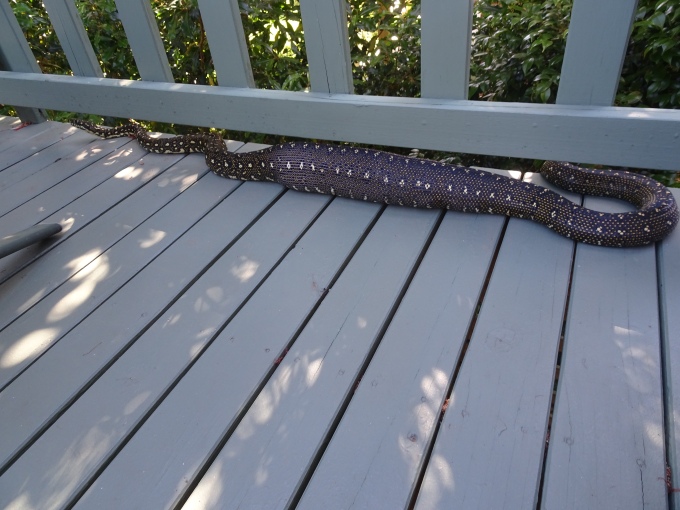 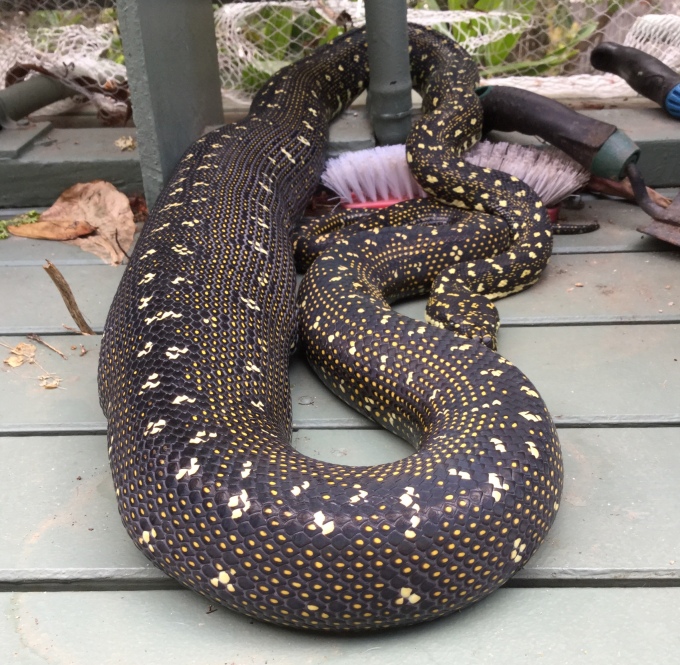 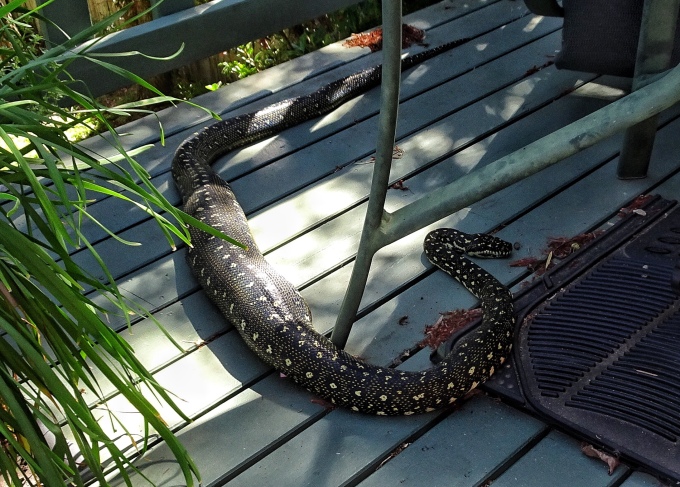 Every morning for four days I look out and there it is. Until late one evening it noses its way towards the scabby trunk of the tiboochina, its thin half becoming agile, and begins its descent out of my world and into python world.

That’s it. My visitor has gone.