Another one of those days with a commitment hiatus between a morning meeting and an evening salon 25 kilometres from home. What better way to fill it than a beach ramble, stocking one of the beach-gaps north of Moruya in my Eurobodalla beaches series?

I first see the beach through raindrops (glorious raindrops!) as I eat my lunch in the car, looking out over a long grassy foreshore, south towards a headland crowned with houses, north towards more abrupt rocks, and out to sea where a yellow cone-buoy bobs. Shark-tracking? Fish luring? An escapee lobster pot marker? 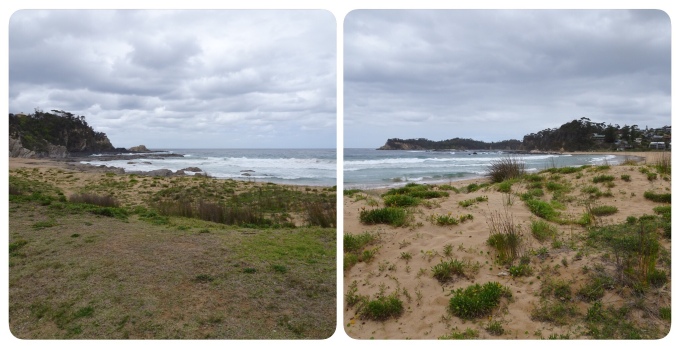 The rain dwindles and I walk though a proliferation of gazanias in the borderland between grass and sand, heading south towards a tumble of white rocks.

The pleasures of rock patterns are announced by a pebble in the sand. I rarely pick up pebble these days – I’ve run out of windowsills – but I pocket this one, with its blue stripes and veins and it’s handfitting shape.

It’s a forecaster of the blue pleasures of the rock platform, but gives no hints of the slashes and splashes of orange and blood-crimson. 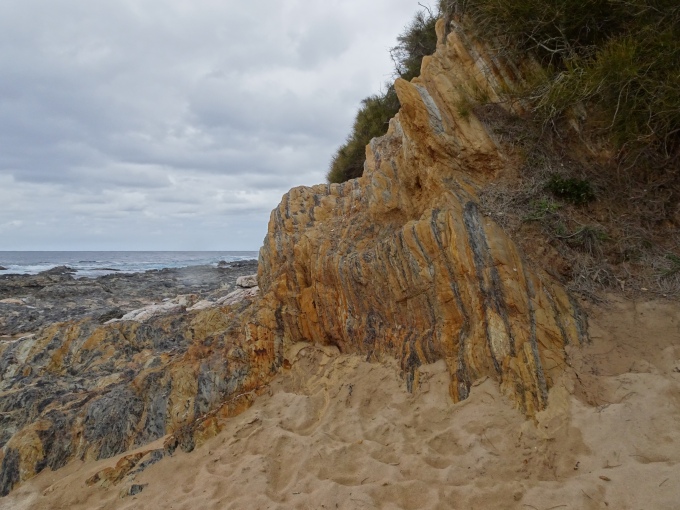 A long line of white boulders makes its way along the foot of the cliffs, leaving a few stranded , disjointed, on the rock platform. 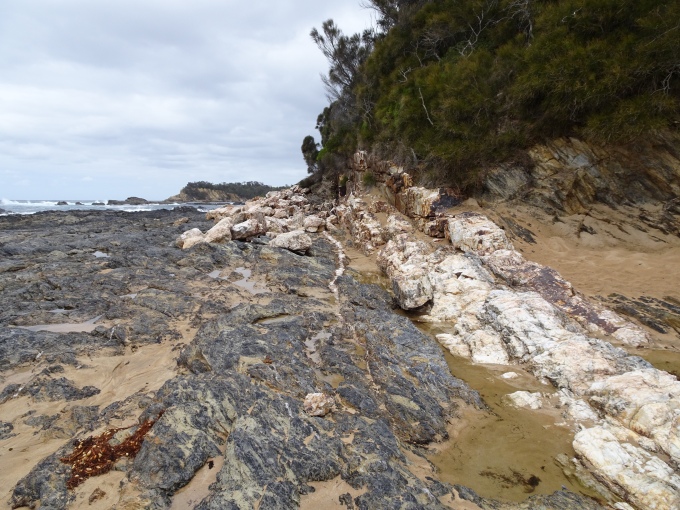 Rock pools with rippled-sand bottoms glint under the grey sky.

Between south and north I sit briefly on a seat memorialising “Charles Maxwell Forrest who loved Malua Bay”, under a huge pine tree with curls of bark, looking past it to picnic benches and the surf lifesaving clubhouse. I obey a security camera sign saying “Smile. You’re on camera”, more from amusement than duty. 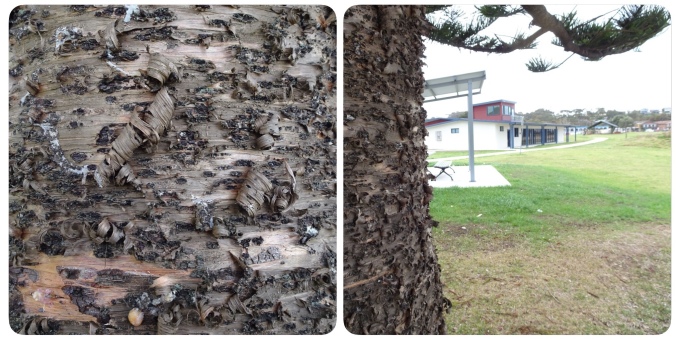 I move out onto the northern rock platform, and a sudden detonation around my ankles makes me gasp. After all, I have been reading accounts of life in Kabul. But I’ve merely stepped on one of the thousands of stranded bluebottles booby-trapping the beach.

The cliffs on the north end lean aslant and sheer, with a cap of spindly trees. Tumbles of rock fill cliff-bays. The rock platform is rough, interspersed with pools, and no sign of the cuneiform blue and the sunset orange of the southern end. 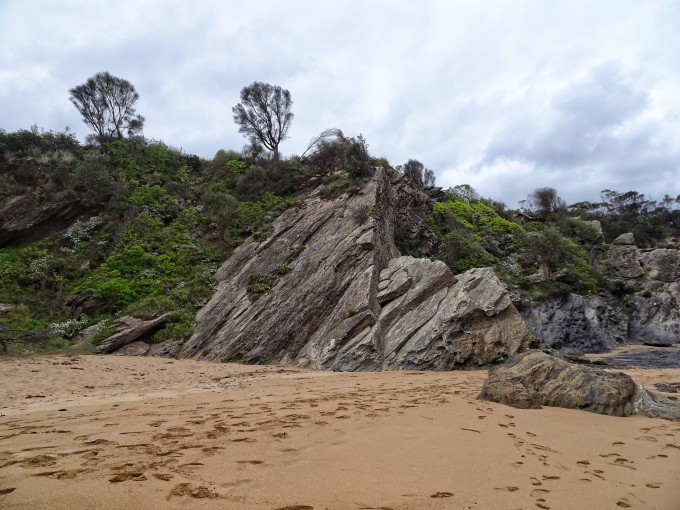 A barefooted man tests the water (how did he manage the sharp rocks shoeless?), and then a crowd of kids round the bluff heading south. A miracle: none of them are glued to mobile phones.

I edge my way around in the direction they’ve come from, gripping the roughness for support, admire the round cove with green and pink spilling down its edges, and the cheeky holiday house peering at me from the top. As the ocean swirls in at my feet, I decide I’ve gone far enough. Another place to revisit at lower tide. 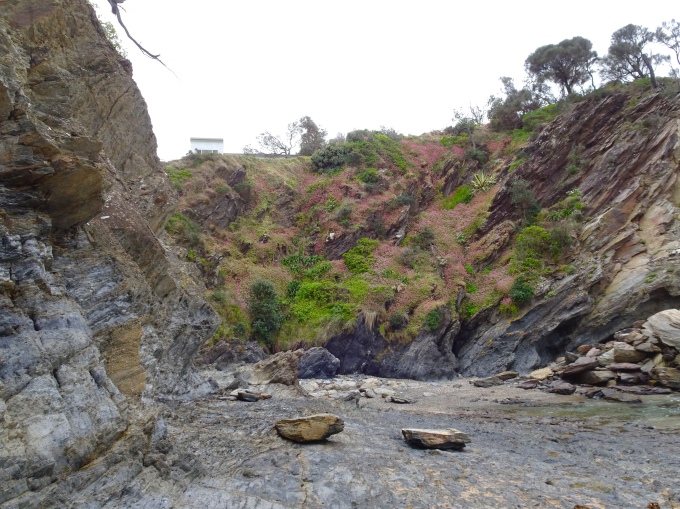 I pick my way back to the car through the bluebottles. A second detonation isn’t as startling. At least this time I know what it is.

And as I leave the north end, to make a liar of me, I begin to see the slate blue that was so eye-catching to the south. 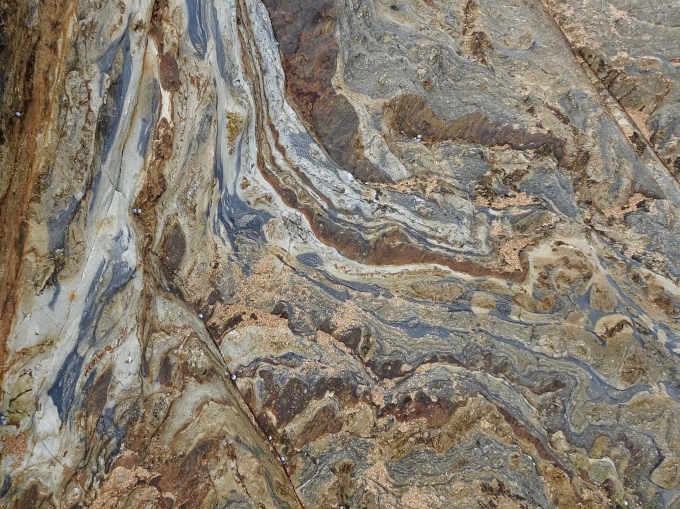